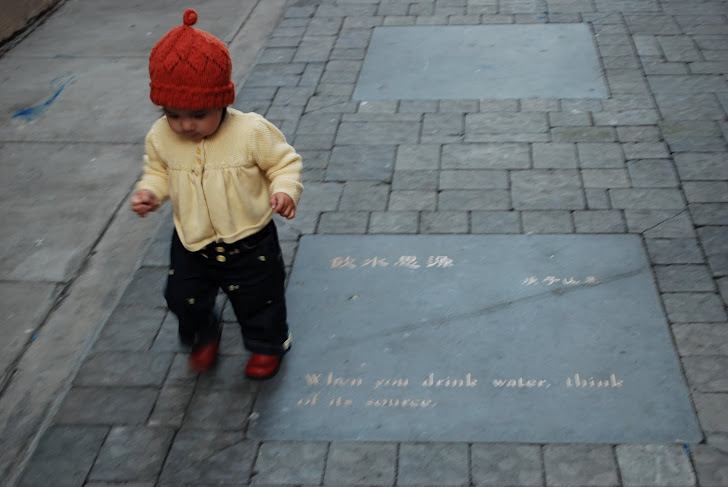 Book Review of As You Were Saying: American Writers Respond to Their French Contemporaries; Dalkey Archive Press, 2007; 73 pages.

Attending PEN World Voices events comes with special charms of hearing extraordinary writers from the world over offer their on-the-spot insights on various great questions, such as what is Dutch humor? What dangers revolve around writing about sex? What is the next big taboo subject to confront in literature? What was it like to return to Iraq after living as an exiled Iraqi poet for 28 years? As precious as the conversation is, dealing with these kinds of questions in panel discussions is only the tip of the iceberg when it comes to the kind of reach and influence PEN World Voices may be having on the world’s literary scene. More than a mere conversation, we are beginning to see the possibilities and visions for cross-cultural, literary collaboration.

Anyone who attended any PEN event last week received the free gift of a small book called As You Were Saying: American Writers Respond to Their French Contemporaries. The idea behind this tiny anthology is very simple: seven of France’s most talented contemporary writers were asked to write short stories that were then translated and sent to seven equally talented American writers; the American writers were asked to write some kind of story in response to the French author’s story. The collection contains such collaborations between Marie Darrieussecq and Rick Moody, Camille Laurens and Robert Olen Butler, Jacques Roubaud and Raymond Federman, and four other pairs.

The idea of this project charmed me to the bone. I read the whole collection several times in a few short hours and felt it such a pity that more collaborations like it don’t seem to exist. I am surely hungry for more of this kind of thing.

Fabrice Rozié, Esther Allen, and Guy Walter edited the 73-page collection, and Esther Allen wrote an introduction that discusses the idea out of which this book emerged. Allen admits that the editing team thought that the idea “was startling, audacious, and, on first contemplation, almost entirely unworkable.” Rozié, Allen, and Walter feared that no one would go along with such a stunt because they assumed a kind of animosity between Americans and French. But when they pitched the ideas to the writers, they loved it. A collection of writers, translators, and editors birthed As You Were Saying, and every story proves not only a satisfying read but also a fresh and engaging exchange of ideas.

I am deeply in love with the idea of literary collaboration, especially across cultures and even regions within the same culture. I have been searching all my writing life for the proper outlet to explore my own funky ideas about collective authorship, but haven’t yet found willing or receptive partners for these ideas. In China, during the Ming dynasty, a huge novel was written called Jin Ping Mei Ci Hua or The Plum in the Golden Vase. Many scholars are confident that this multiple-volume novel was written, not by one author, but by many authors who circulated manuscripts among the literati and added stories, details, scenes, and characters as they saw fit. The result became one of China’s greatest classics. There are so many writers in the world, why insist on sitting alone behind a keyboard? Why not, once in a while, collaborate? I know that we prize individuality in our society, but when one author responds to another, they play with each other through a fictional medium, that is not compromising individuality but seeing it thrive.

In As You Were Saying, check out what happens when Rick Moody shifts perspectives from Marie Darrieussecq’s story of a man who gets the first-ever face transplant; enjoy the thoroughly chilling effects of surprise in Camille Laurens and Robert Olen Butler’s “She Had Waited For This;” notice the one or two words Raymond Federman uses to respond to Jacques Roubaud’s gory story “The Josephus Problem” about suicidal gladiators. You will want to read this volume over again because the stories are compelling, but also because of the delightful undercurrent exchange of ideas, the conversation, the writer-to-writer respect that becomes such an important layer in the reading experience.

I hope another collaborative volume emerges real soon of more world writers engaging one another on this level. It’s a fabulous idea and deserves international celebration. Cheers!
Posted by Rebecca Jane at 2:05 AM